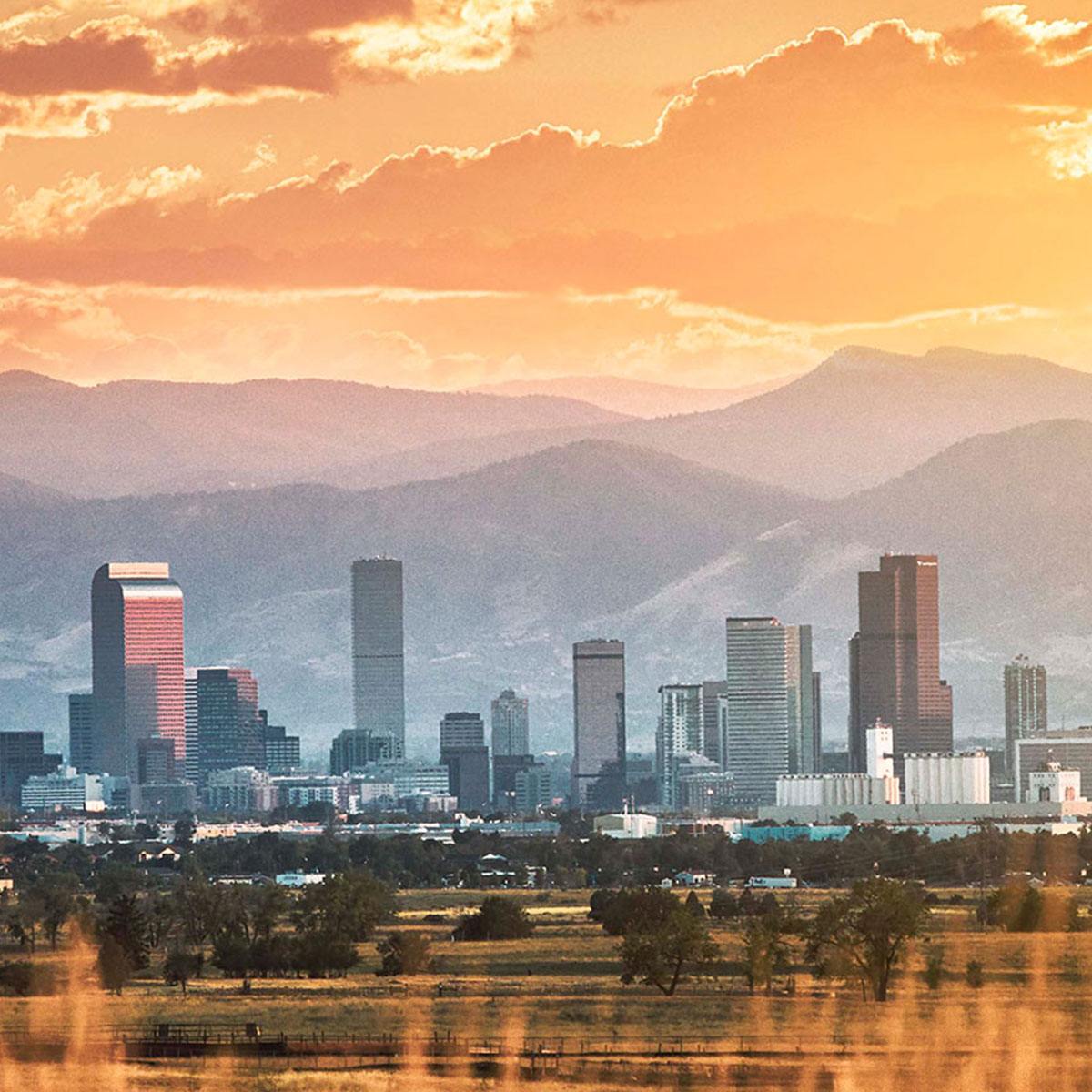 The University of Colorado system, made up of four distinct campuses, wanted to create its first-ever system-wide marketing campaign due to continued decreases in state funding and a more competitive higher education environment. We needed to increase awareness and understanding of the University of Colorado system while expressing the impact it has on the state and beyond. We developed a comprehensive campaign called All Four:Colorado that evolved to All Four:One to tell the story of the impact the university has on the citizens of Colorado, the state, and the world.

The campaign resonated with audiences while generating pride and excitement internally and winning awards externally. Over the life of the campaign, which is still running, understanding of the university as a system of four campuses has improved to almost 70%, positive perceptions have improved to over 76%, while 72% have indicated that the All Four campaign has positively impacted their perceptions of the university.

“There has been unprecedented support for this system effort—both in terms of collaborating with the various (internal) stakeholders to build understanding and buy-in, but also excitement and support for the creative campaign in market. The President receives positive comments on a weekly basis.” 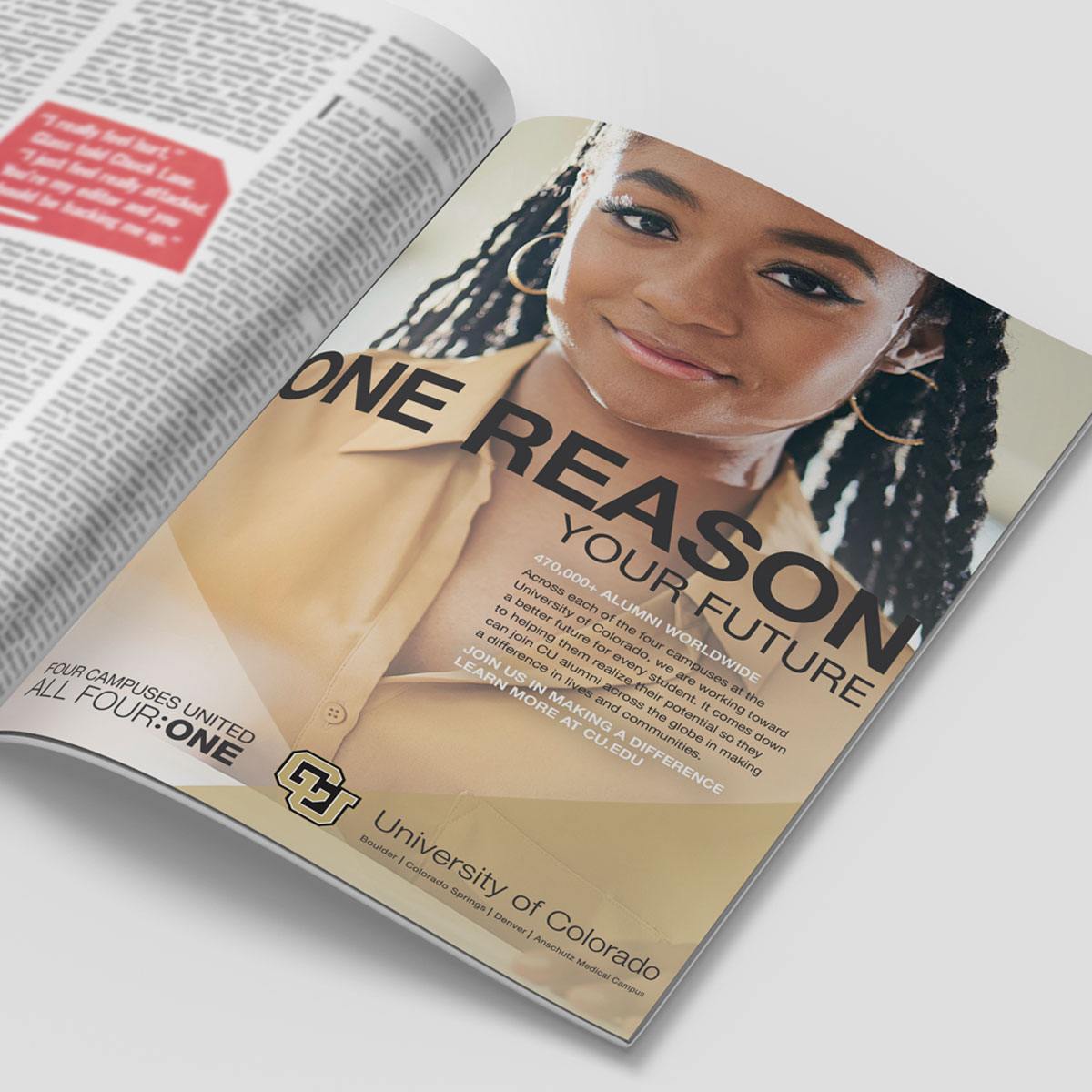 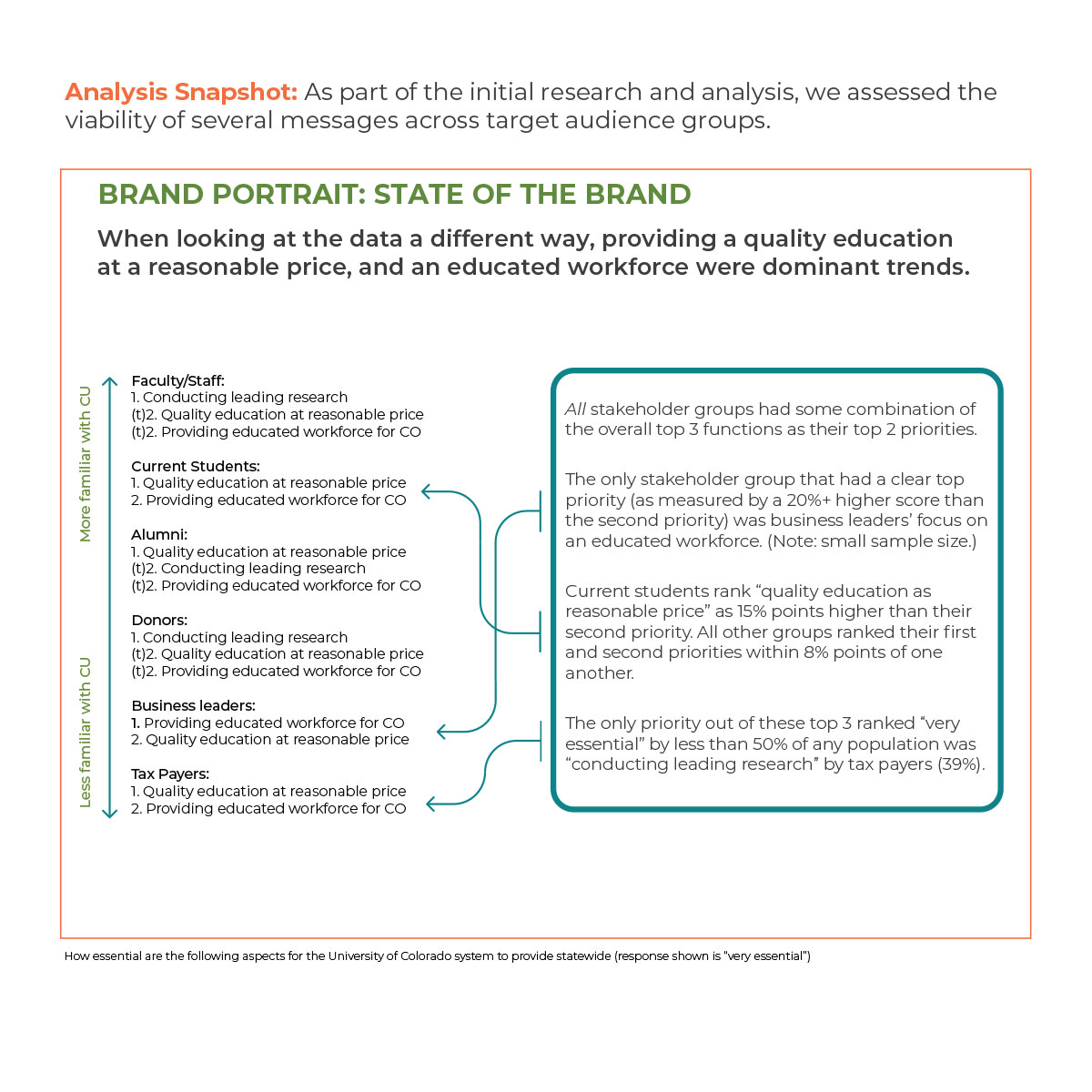 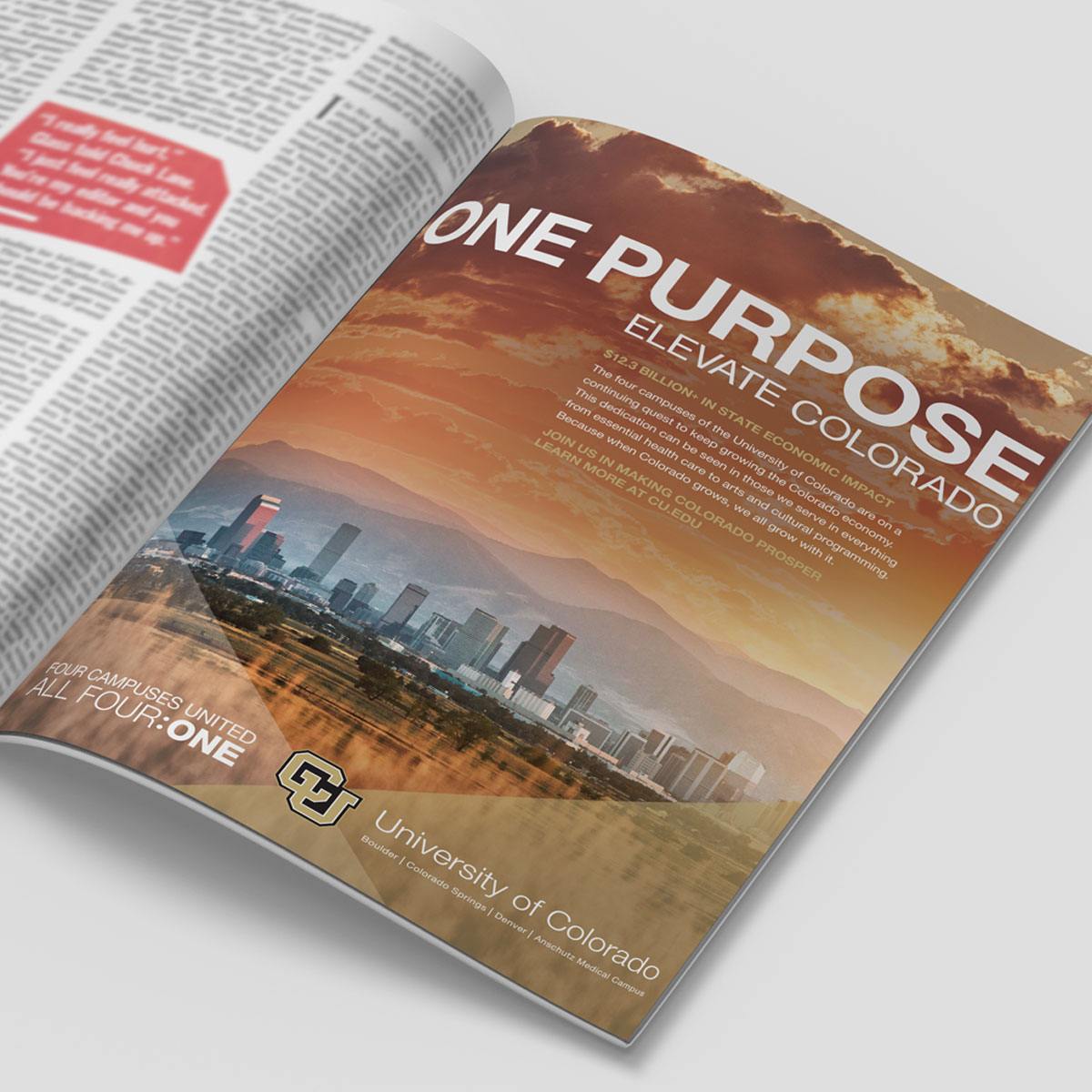 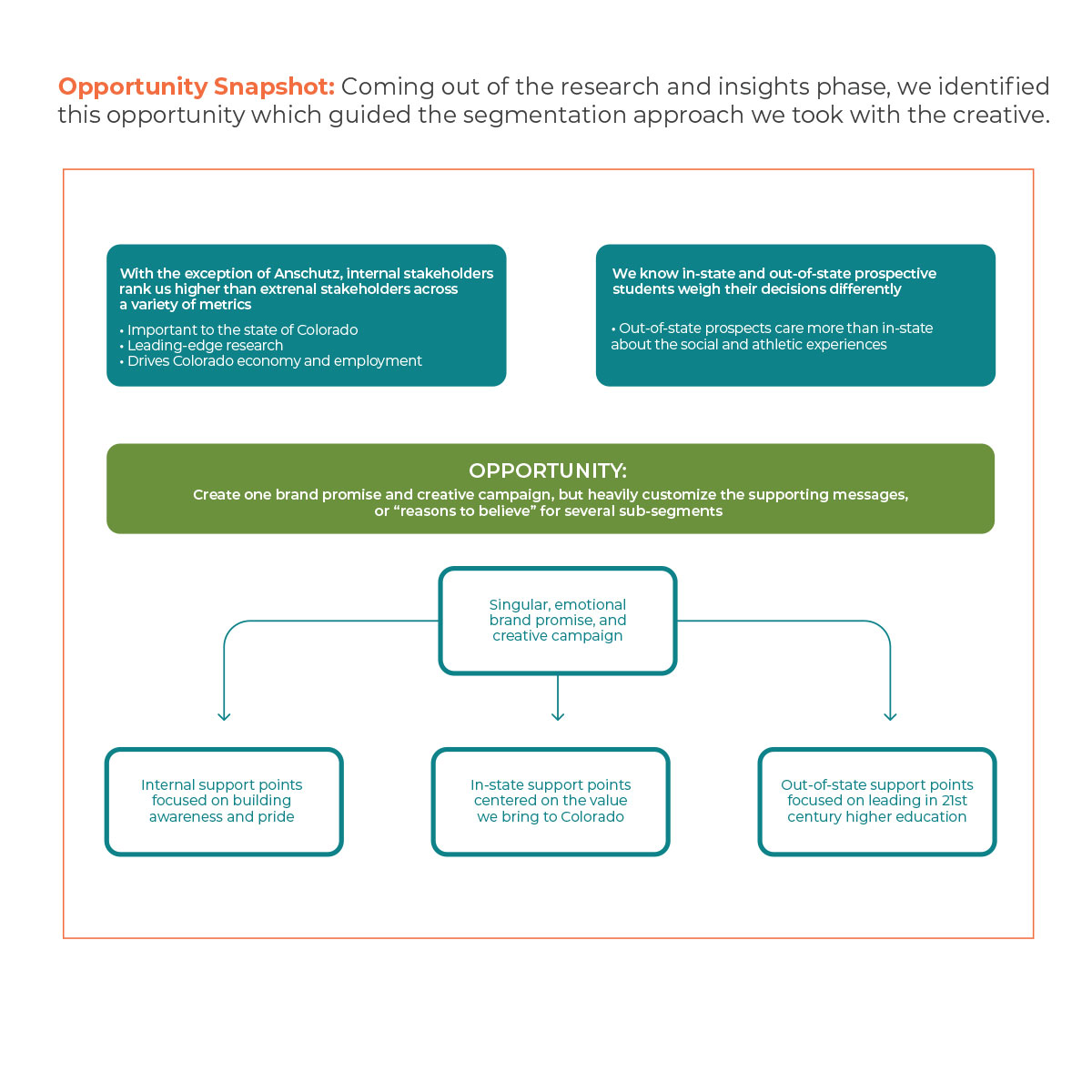 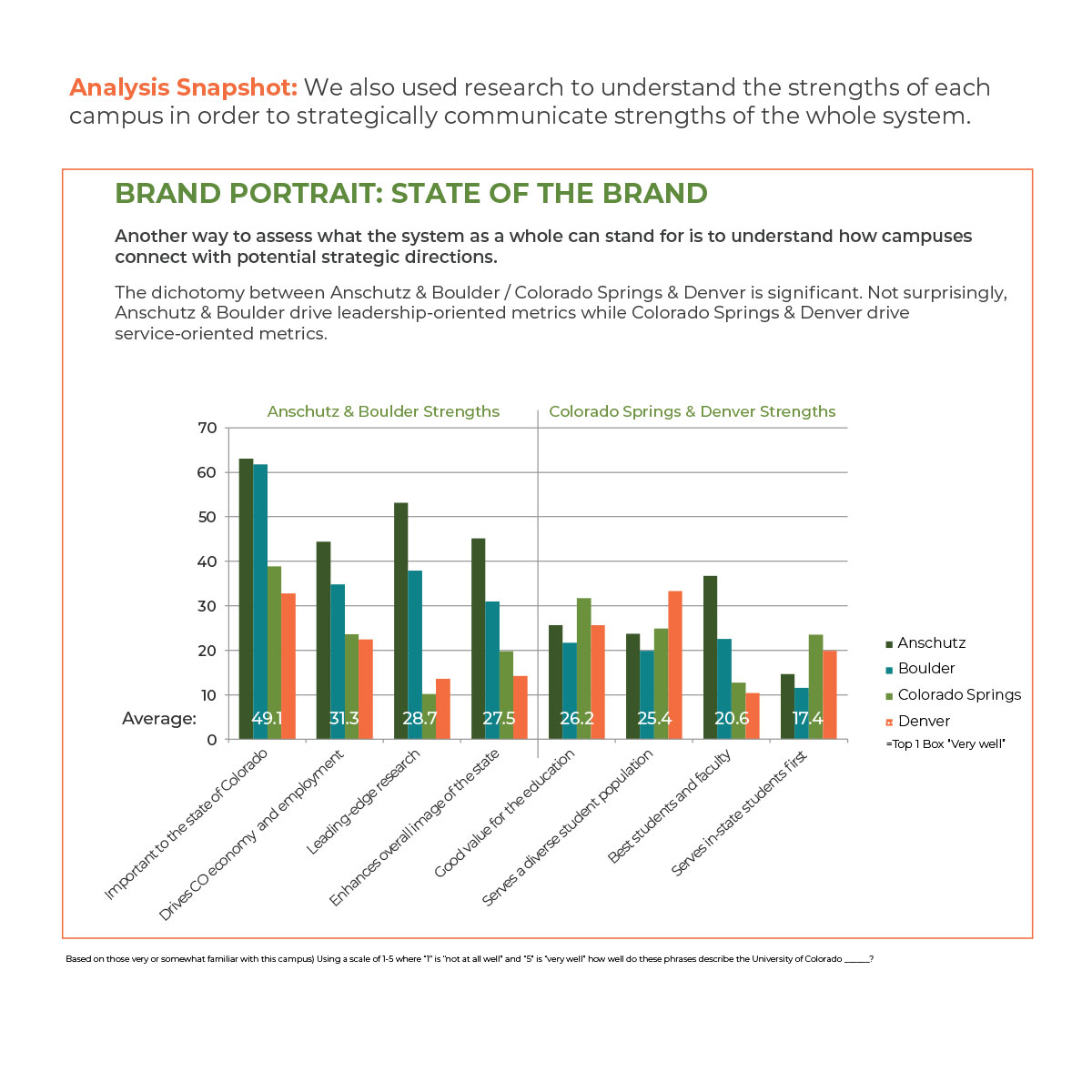